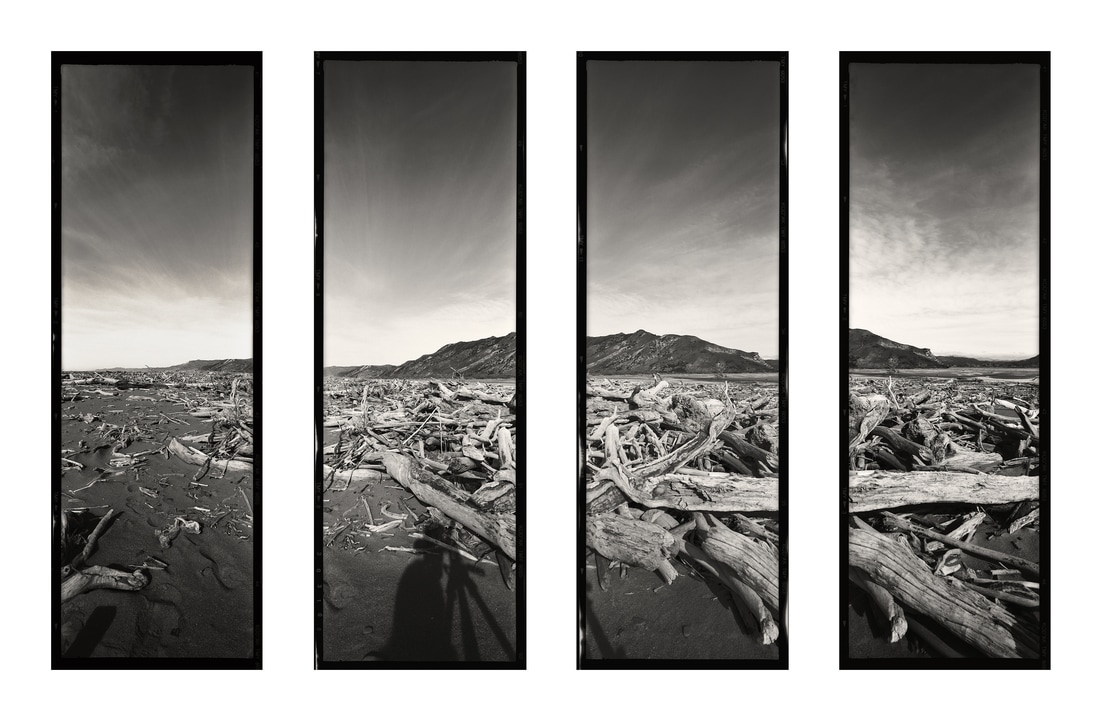 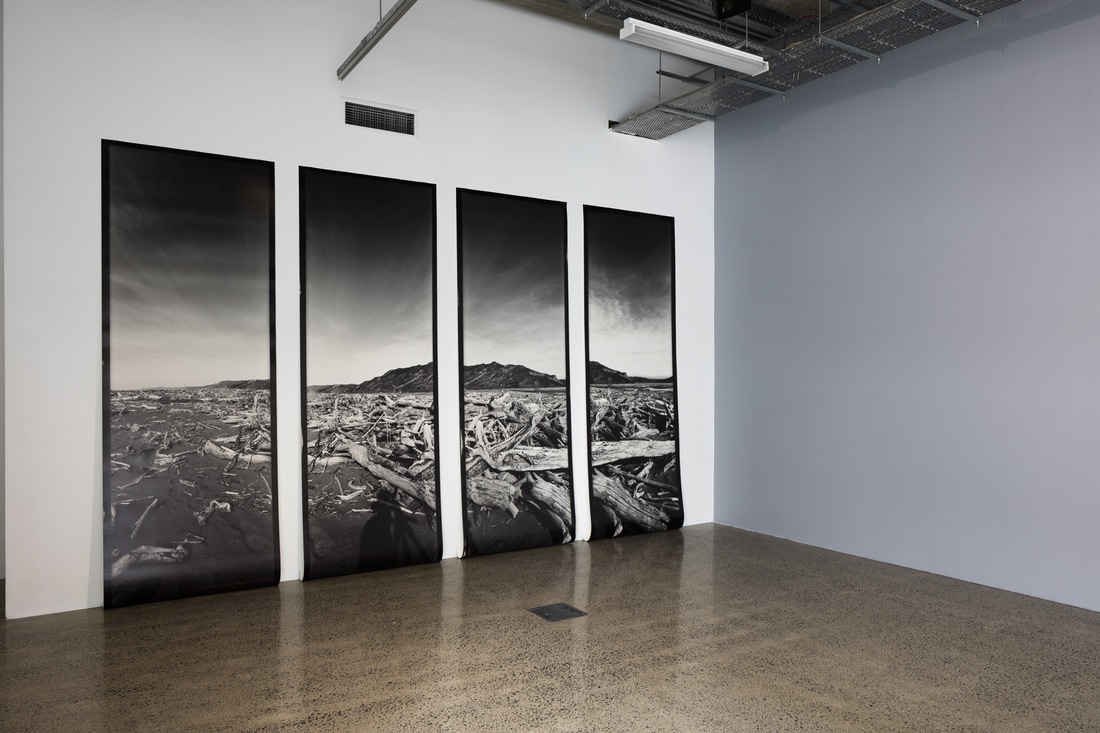 In 'Nought of the portion for Taho', as part of Imagine the Present. August-Sept 2016.
​Pohautea 1-4 (2015) is a series of 4 photographs 3.25M high by 1.2M wide. First exhibited in France in November 2015, at Pacifique(s), at Le Portique Espace d'art contemporain in Le Havre, France, then Papakura Art Gallery, Auckland. The solo exhibition, Waiapu Kōka Hūhua - Waiapu of Many Mothers, opened on Waitangi Day, 6 February 2016. The 4 Pohautea photographs are ambitious in scale and concept, addressing current environmental issues of erosion, river well-being and water ecology. As such, they have been selected for four exhibitions since being printed in 2015, two in Europe and two in New Zealand.

Each exhibition has included other work, including new video work and other photograph and textual elements. Curated by Adnan Yildiz, Director of Artspace Auckland, with Elke aus dem Moore, head of Visual Arts of Institut für Auslandsbeziehungan (ifa), Germany, the group exhibition Politics of Sharing - On Collective Wisdom has three iterations, each with evolving content. The first two exhibitions were in Germany, at ifa, Berlin and ifa, Stuttgart. The third was in Auckland in February-March 2017. A review of the Berlin exhibition compared it positively compared to the concurrent Biennale, saying that “Politics of Sharing could yet prove to be closer to the true zeitgeist.”

In August 2016, St Paul St Gallery curator Abby Cunnane created a standalone exhibition ‘Nought of the portion for Taho’ with a new sound work in Gallery 2, as part of the larger show ‘Imagine the Present’. For this exhibition, I created a sound recording of a 150-year old moteatea He Tangi Mo Pahoe, with Rhonda Tibble chanting it, and Hohepa Spooner recording.