The exhibition opened at 11am on July 8th, 2017, attended by many Ngati Porou, iwi whānui, family, friends and colleagues. ​This is just a taster of the corridor part of the exhibition before going in to the main space. More images to come.

16 May 2017
A Whakapapa of Tradition: 100 Years of Ngāti Porou Carving, 1830–1930 by Ngarino Ellis and photographed by Natalie Robertson, won the Judith Binney Best First Book Award for Illustrated Non-Fiction.

​Auckland University Press director Sam Elworthy said, ‘The Auckland University Press team is enormously proud of Ngarino and Natalie’s best first book win for A Whakapapa of Tradition. It’s work that embodies so many values that really matter and that we embrace – a commitment to long term research, a deep engagement with Māori tradition and history and the power of images and text working together. We congratulate author and photographer.’http://www.press.auckland.ac.nz/en/about/news-and-events/news/news-2017/whakapapa-of-tradition-wins-at-ockhams.htmlThe Judith Binney Best First Book Award for Illustrated Non-Fiction: Ngarino Ellis for A Whakapapa of Tradition: 100 Years of Ngāti Porou Carving, 1830-1930, with new photography by Natalie Robertson (Auckland University Press).

Featuring an interview between Ngarino and myself, the article below was published in the beautiful Matariki Special Edition of Threaded Magazine Issue 20 (August 2016) gorgeously designed by Kyra Clarke.

These stories began before we arrived. Taipei, Taiwan 2015

My first international project of the 2015 year was in Taipei, Taiwan, alongside the TIBE (Taiwan International Book Exhibition) which Aotearoa/New Zealand was the Guest of Honour country. I wonder if it was because it is the Lunar New Year, Year of the Sheep? The work selected by curator Charlotte Huddleston was Kawerau Drive Through, from 2006. To add a new dimension to the work, Charlotte and I went to BeiTou, the geothermal region of Taipei and collected water directly from the geothermal stream. On bringing it back to the gallery, I placed it in a bowl, and read a spoken word remembrance for people who had recently passed away who were connected to the video work about Kawerau, and Uncle Tasman - the Trembling Current that Scars the Earth (2007) . 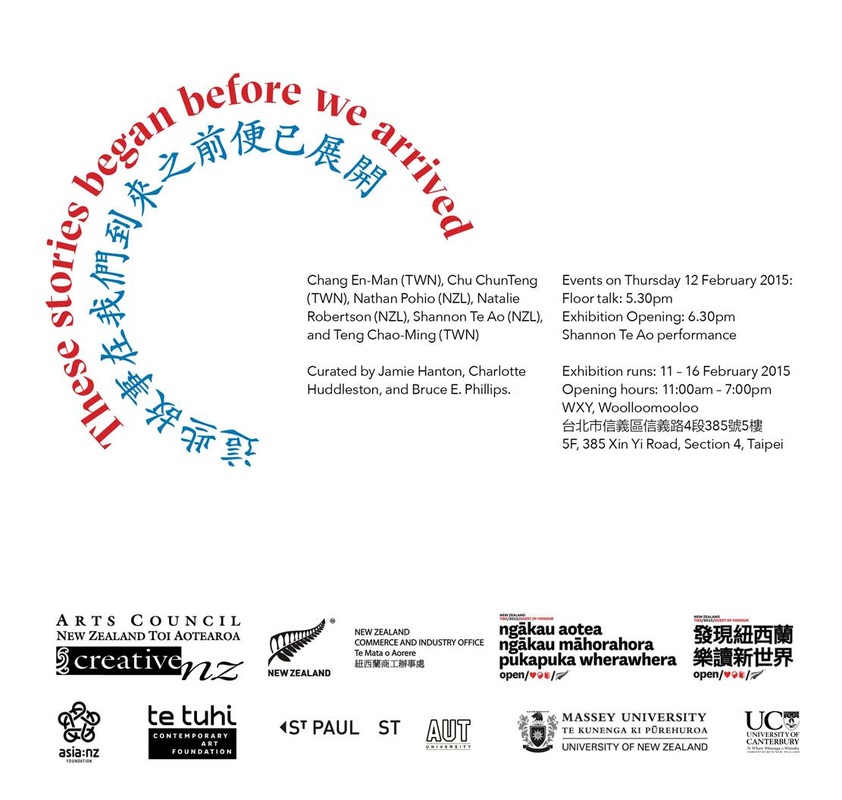